The Library is the perfect place to begin your family history journey. We offer many online and print resources for experienced family historians and those just starting out, including free access to subscription databases, CDROMs, newspapers, books, journals and unique family histories.

Need help with your family History? 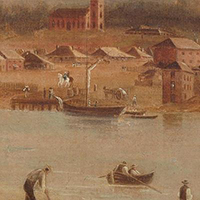 Port Macquarie’s short history as a penal settlement lasted from 1821 to 1832. Surveyor-General John Oxley’s expedition of 1818 to find an inland sea eventually led him to a river he named the Hastings River. His subsequent report to Governor Lachlan Macquarie recommended the district as being suitable for a penal settlement.

In the year 2021 Port Macquarie marked 200 years of European settlement. Here you will find information about the military, the convicts and the civilian personnel who founded the penal settlement that grew into the town of Port Macquarie.

OUR PLACE: MY STORY was a schools storytelling project run by Council during  Port Macquarie’s Bicentenary year , 2021, inviting our children and youth to capture the essence of our region by sharing their stories of connection to place. 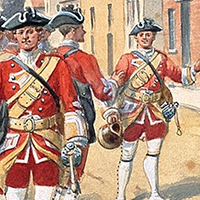 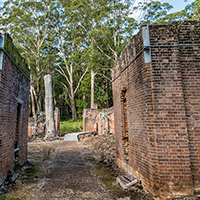 Built heritage is one of our most important cultural assets. It represents the historical layers of our built environment in places made of brick, plaster, wood, metal and stone. View documents and resources related to our historical buildings and precincts. 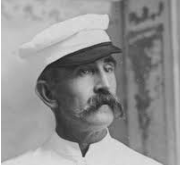 Louis Becke, the youngest child of Frederick and Caroline Becke, was born in Port Macquarie in 1855. He and his family lived in a house on the corner of William and Owen Streets until 1867. The family then relocated to Sydney and in 1869 Louis Becke left on the first of many adventures around the Pacific which was to take up most of the next 28 years of his life. He returned to Port Macquarie in 1885 and married a local women, Mary Elizabeth Maunsell, in 1886. In 1892 Becke returned to Sydney and was asked to write articles for The Bulletin magazine. Several collections of stories and a short novel followed and in 1896 he sailed to England where he remained for the next 16 years publishing a large number of collected stories and a few novels. Becke returned to Sydney in 1909 where he died in 1913. He is buried in Waverley Cemetery.

James Tucker (1808-1888?), convict and supposed author, was born in Bristol, England.  He arrived i Sydney as a convict in 1827. In 1844 he was convicted of forgery and sentenced to work in irons for a year. He was transferred to the penal settlement of Port Macquarie, where by September 1846 he was employed as a store-keeper to the superintendent. Tucker is alleged to have written at Port Macquarie three works: ‘Jemmy Green in Australia’, a comedy in three acts; ‘The Grahames’ Vengeance’, a historical drama in three acts by ‘Otto von Rosenberg’; and ‘Ralph Rashleigh or the Life of an Exile’, by ‘Giacomo di Rosenberg’.  Though their authorship remains in doubt, the works attributed to Tucker occupy a significant place in the history of Australian literature. In particular Ralph Rashleigh the fruit of a creative talent of high order, is of considerable importance both for its intrinsic literary merit and for its value as a social document.
(Source: ADB: https://adb.anu.edu.au/biography/tucker-james-2746. Accessed 13.09.2022) 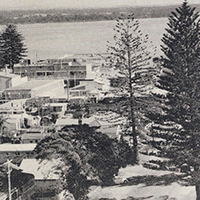 Timelines offer a way to present a chronological understanding of the history of a region. The advent of digital technologies has opened up new possibilities to illustrate the timelines of history with newspapers, books, maps, photographs, and other important cultural documents. View timelines of events and population changes in the Hastings. 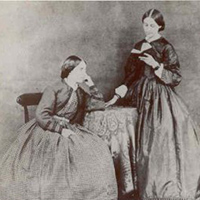 Local volunteer researchers have compiled these records of local families from the early days of settlement in the Hastings district. Consisting mainly of family group charts and related newspaper articles, these files are intended to assist family historians in researching local connections. They are not definitive and may contain errors so please use them as a guide rather than an authoritative source. Search our catalogue for Family Files 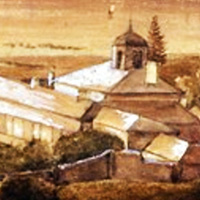 Archibald Clunes Innes (1800-1857) was a Scottish born soldier and pastoralist who became one of the wealthiest and most prominent men in the new settlement of Port Macquarie. He is remembered for building the grand mansion known as Lake Innes Estate which was one of the finest properties north of Sydney. The ruins can be seen today. His niece, Annabella Boswell, who kept a detailed diary of the events of the time, joined him there. The library holds much information on the Lake Innes Estate as well as the Innes family which can be searched via our catalogue. 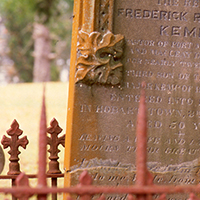 The Hastings region has many cemeteries. Some are Heritage listed and others are quite remote. A number of printed guides have been produced as well as a comprehensive cemetery listing on CD-ROM. The CD can be searched at the library 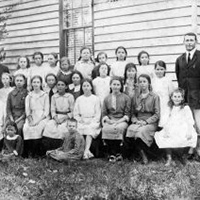 Port Macquarie-Hastings Library holds a growing collection of images that relate to the Hastings district. They illustrate the early days of our townships, localities and people as well as contemporary scenes. 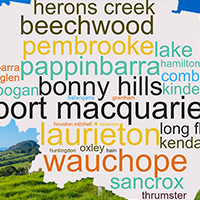 Discover the origins and meaning of place names  in the Hastings, including streets, towns, and geographical features. 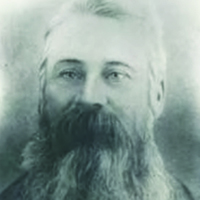 Also includes a history of the development of local government in the two council areas, as well as the history of the changing names of Council in the years after amalgamation. 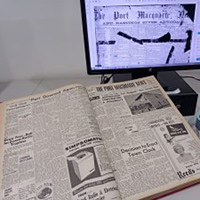 The Hastings has a rich heritage of newspapers with the oldest dating from 1882. The library has local newspapers in hardcopy, microfilm and digital formats.