Kempsey library is closed until Tues 1st Feb due to renovation work. 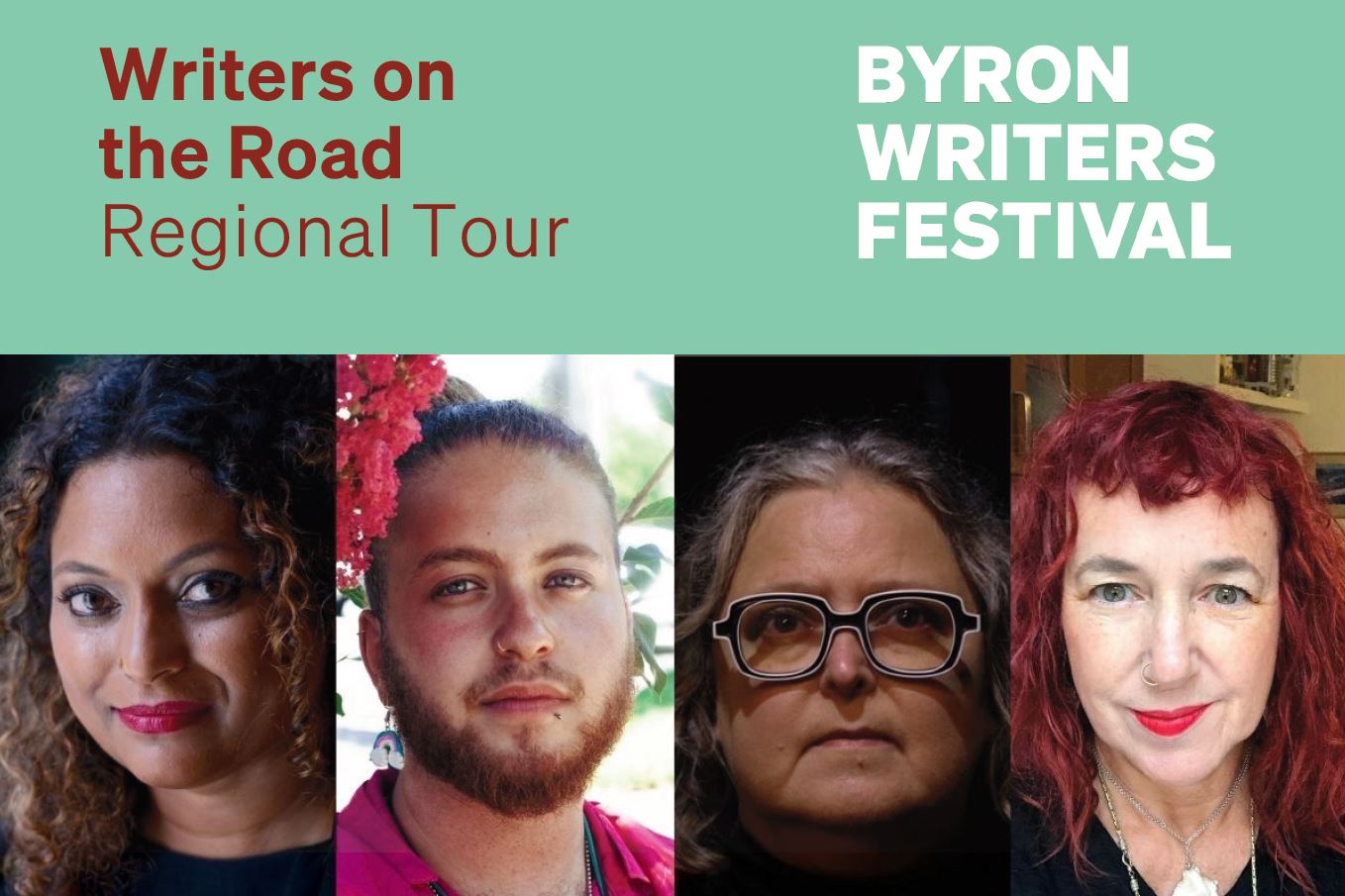 Continuing the Byron Writers Festival tradition of connection through stories, Writers on the Road will tour a number of northern NSW towns, including us! A very special event not to be missed.

Authors and raconteurs Roanna Gonsalves, Nevo Zisin, Krissy Kneen, and Isobelle Carmody are bringing their latest books and the very latest ideas to our library.

ROANNA GONSALVES is the author of The Permanent Resident (UWAP) published in India and South Asia as Sunita De Souza Goes To Sydney (Speaking Tiger). The book won the NSW Premier’s Literary Award Multicultural Prize 2018 and was longlisted for the Dobbie Literary Award 2018. Her writing has been compared to the work of Alice Munro and Jhumpa Lahiri. Her four-part radio series On the tip of a billion tongues, commissioned and broadcast by ABC RN’s Earshot program, is a portrayal of contemporary India through its multilingual writers. Roanna is a recipient of the Prime Minister’s Australia Asia Endeavour Award. She has been an invited Keynote Speaker and panellist at numerous literary events. She has been teaching and supervising creative writing students of all ages within communities, schools and at New York University Sydney, UNSW, Western Sydney University and Macquarie University. She is a recipient of The Bridge Awards’ inaugural Varuna – Cove Park Writing Residency Scotland. Roanna has a PhD (UNSW) and serves on the Board of Writing NSW. Roanna was born and raised in Mumbai and now lives in Sydney. For more information see https://roannagonsalves.com.au/

NEVO ZISIN (they/them) is a queer, non-binary, Jewish writer, performer, activist and public speaker based in Naarm/ Birraranga / Melbourne. They run workshops in schools and professional development trainings in workplaces around transgender identities. Author of award-winning Finding Nevo (2017), a memoir on gender transition and The Pronoun Lowdown (2021) a useful guidebook on all things related to pronouns. Their work has appeared in The Saturday Paper, Archer Magazine, Kindred – A Queer Australian Young Adult Anthology, SBS, Hack Live and The Morning Show amongst others.

Nevo is a mentor for The Pinnacle Foundation, one of Out for Australia’s 30 Under 30 for 2019, an ambassador for both Wear It Purple and the Victorian Pride Centre as well as a member of the Gender Euphoria cast – Australia’s largest all trans & gender diverse show on a main stage. They also happen to be one of Australia’s few transgender marriage celebrants.

KRISSY KNEEN is the award-winning author of memoir—Affection—and fiction: An Uncertain Grace, Steeplechase, Triptych, The Adventures of Holly White and the Incredible Sex Machine, Wintering as well as the Thomas Shapcott Award-winning poetry collection Eating My Grandmother. Krissy has also written and directed broadcast documentaries for SBS and ABC Television.

ISOBELLE CARMODY is an Australian writer of science fiction, fantasy, children’s and juvenile literature. She divides her time between a home on the Great Ocean Road in Australia and her travels abroad. Isobelle began work on the highly acclaimed Obernewtyn Chronicles when she was just fourteen years old. The first two books in the Obernewtyn series were short listed for the CBC Children’s Book of the Year in the Older Readers category; Scatterlings won Talking book of the Year. The Gathering was a joint winner of the 1993 CBC Book of the Year Award and the 1994 Children’s Literature Peace Prize. Greylands won an Aurealis Award and a White Raven at Bologna, while Billy Thunder and the Night Gate was shortlisted for the Patricia Wrightson Prize for Children’s Literature in the 2001 NSW Premier’s Literary Awards. Both Little Fur and A Fox Called Sorrow received BAAFTA Industry Awards for design. Alyzon Whitestarr won the coveted Golden Aurealis for overall best novel at the Aurealis Awards. The Red Wind which she wrote and illustrated, won Book of the Year in the CBC awards, in the Younger readers category. Earlier this year she completed her PhD at the University of Queensland and her most recent novel is the final book in the Kingdom of the Lost series, The Velvet City.

Book of the Month – December/January – The Performance

31 January 2022
Welcome to our December/January ‘Book of the Month’, with specially selected…