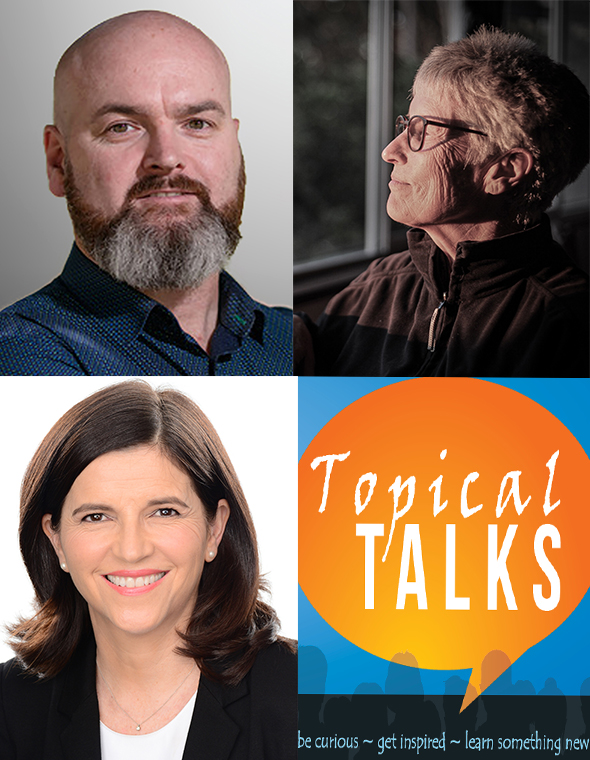 Voluntary Assisted Dying – who has access?  Victoria’s voluntary assisted dying (VAD) scheme has been operating successfully for over 12 months and WA’s law comes into effect in mid 2021. The Tasmanian VAD Bill is progressing  through Parliament right now and could become law before Christmas.  In Queensland the re-elected Labor government will be introducing a VAD bill in February and in New Zealand a majority of Kiwis have voted YES to their End of Life Choices Act. But what is happening in NSW?

Please register your interest to be involved and we will send you access details of the Zoom meeting. Find out more about Zoom.

Shayne Higson is Vice President of Dying With Dignity NSW, an advocacy organisation that has campaigned for  voluntary assisted dying laws since 1983. After witnessing the traumatic death of her mother from brain cancer in 2012, Shayne has devoted her life to this campaign in various roles. She has had a long association with the Voluntary Euthanasia Party (VEP) having run as their lead candidate in five elections, at state and federal     levels. She has worked with Go Gentle Australia, the not-for-profit organisation founded by Andrew Denton, and most recently she worked on the WA campaign, the latest state to pass an assisted dying law.

Dr Cam McLaren is a medical oncologist who has played a leading role in Victoria’s voluntary assisted dying scheme. He is one of the few specialist practitioners taking part in the scheme and has assisted over 100 patients access assisted dying, administering a lethal injection in nine of those cases. Dr McLaren undertook the training to become a coordinating medical practitioner under the VAD scheme, which he said was a logical progression from his oncology practice. “I didn’t want a patient to come to me for a cancer journey but then at the end I wasn’t   prepared to, or able to, take them all the way to the finish line.

Camden Haven resident and former manager of Sea Acres Rainforest Centre, Janet Cohen was diagnosed with lung cancer in 2013 just before her 60th birthday and since 2015 has lived with a terminal lung cancer diagnosis. Fortunate to have had access to new life extending treatments, Janet is currently well. Janet has also pre-registered with Life Circle in Switzerland for a voluntary assisted death, when her pain and suffering unacceptably damage her quality of life. Janet has campaigned for the introduction of VAD into NSW since 2016 and is a passionate advocate for choice and dignity at the end of one’s life.

Please note: Topical Talks is a public forum. Views expressed may not be representative of PMH Library or Council.

There are 420 spots left for this event.