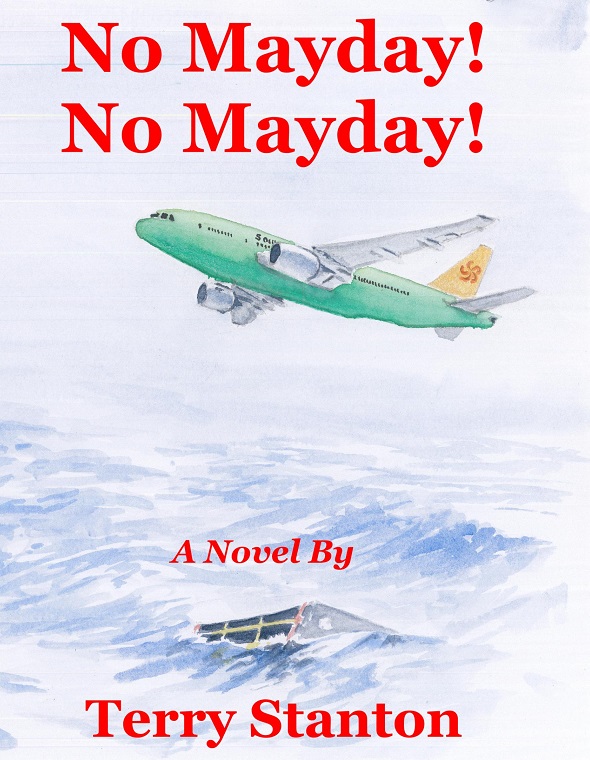 STORIES BEHIND THE STORYTELLERS

Terry is a retired English solicitor living in NSW with his wife Christine. He wrote “No Mayday” because the official accounts of MH370 seem not to add up, but this book is fiction and not representative of any real person. This is his second novel. The first was “Deliver me from Evil”, about the real 17th Century Earl of Strafford, whose head was cut off by Parliament.

TV reporter LYNN GALLOWAY films in Sydney Airport. A distraught Australian woman harangues her. The plane flying to Beijing with her husband aboard vanished. It is still missing. How and why did it disappear? Did the pilot commit suicide? Was the plane hijacked?

Did it crash somewhere undiscovered?

Nuclear physicists from Iran and China, recruited by their governments to provide Iran with weapons grade uranium, were on the plane. MUHAMED SUBRAMA was the pilot. Lynn  investigates. Without a lead her investigation stalls. She visits her boyfriend in a Buenos Aires hospital; he was mugged, and left for dead after a classic football match in the city. There she finds her lead. Lynn’s investigation into the fate of the plane, pilot, and passengers uncovers a terrible secret.

Her life is in danger.

Terry Stanton’s plot is riveting. Did MH370 vanish this way in 2014? Are we told the truth?

3 March 2020
If you enjoy knitting or crocheting or would like to learn,…