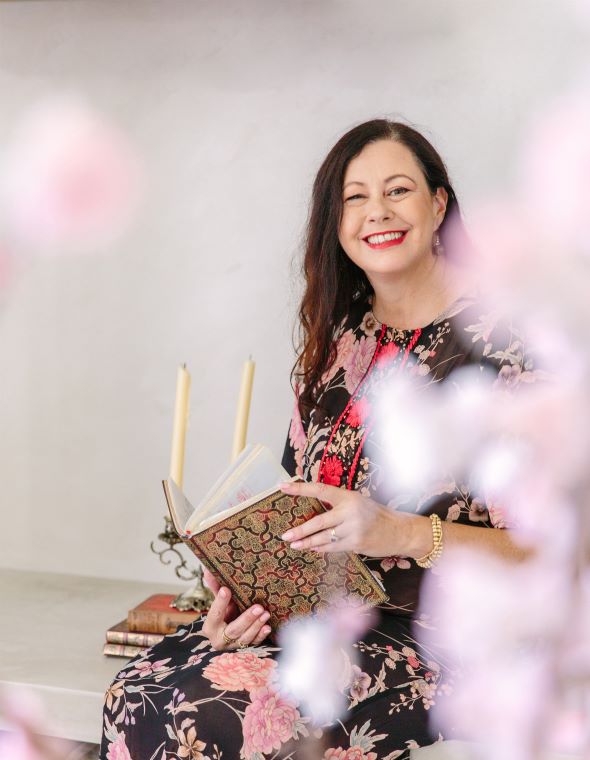 I’m excited to chat with author Kate Forsyth and you are all invited! Please join in the chat with Kate and Leanne from the cozy comfort of your couch on Wednesday 17th August at 6pm.

Dr Kate Forsyth is an award-winning author, poet, and storyteller. Her most recent novel is The Crimson Thread, a reimagining of ‘The Minotaur in the Labyrinth’ myth set in Crete during the Nazi invasion and occupation of World War II.

Other historical novels include Beauty in Thorns, a reimagining of ‘Sleeping Beauty’ told in the voices of four women of the Pre-Raphaelite circle of artists and poets; The Wild Girl, the story of the forbidden romance behind the Grimm brothers’ fairy tales which was named Most Memorable Love Story of 2013; and Bitter Greens, a retelling of ‘Rapunzel’ which won the 2015 American Library Association award for Best Historical Fiction.

Kate has a Doctorate of Creative Arts in fairy tale studies, and is also an accredited master storyteller with the Australian Guild of Storytellers. She has taught writing retreats in Australia, Fiji, Greece, and the United Kingdom. 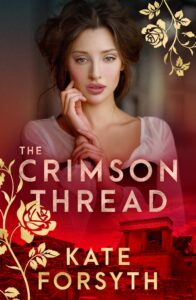 Set in Crete during World War II, Alenka, a young woman who fights with the resistance against the brutal Nazi occupation finds herself caught between her traitor of a brother and the man she loves, an undercover agent working for the Allies.

May 1941. German paratroopers launch a blitzkrieg from the air against Crete. They are met with fierce defiance, the Greeks fighting back with daggers, pitchforks and kitchen knives. During the bloody eleven-day battle, Alenka, a young Greek woman, saves the lives of two Australian soldiers.

Jack and Teddy are childhood friends who joined up together to see the world. Both men fall in love with Alenka. They are forced to retreat with the tattered remains of the Allied forces over the towering White Mountains. Both are among the 7000 Allied soldiers left behind in the desperate evacuation from Crete’s storm-lashed southern coast.

Alenka hides Jack and Teddy at great risk to herself. Her brother Axel is a Nazi sympathiser and collaborator, and spies on her movements.

As Crete suffers under the Nazi jackboot, Alenka is drawn into an intense triangle of conflicting emotions with Jack and Teddy. Their friendship suffers under the strain of months of hiding and their rivalry for her love. Together, they join the resistance and fight to free the island, but all three will find themselves tested to their limits. Alenka must choose whom to trust and whom to love and, in the end, whom to save.

There were errors with your submission. Please try again.
There are 36 spots left for this event.