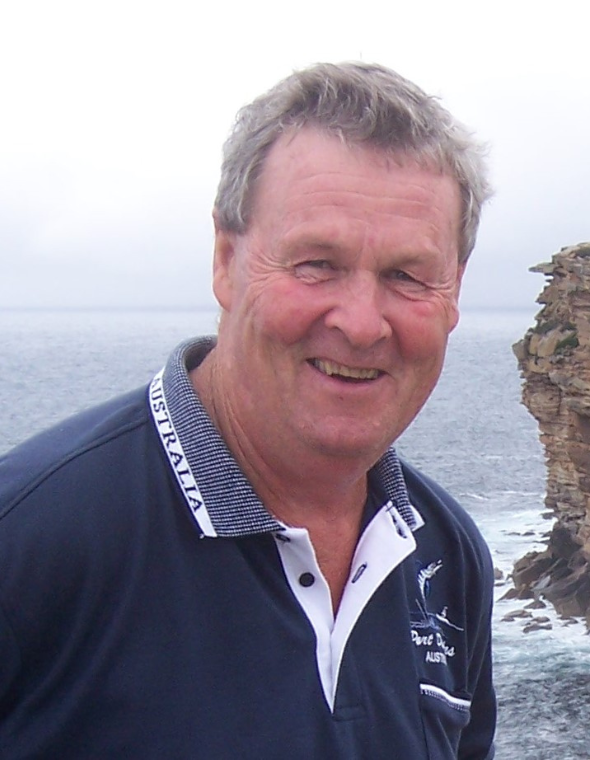 Join us on Friday 10th February at 10.30am in our Port Macquarie Library for a interesting chat with local author Greg Raffin. Greg will speak with our Leanne about his latest release Every Cloud Has a Silver Lining – The National Emergency Services in Central-Western NSW During the Second World War.

Greg grew up in central-western NSW and has strong personal and family connections with the region. He developed an early interest in history in general and Australian history in particular. Most of his career was spent as a History Head teacher in NSW secondary schools.

In 2005 he was awarded the Premier’s Military History scholarship to study the Burma-Siam Death Railway.  His first book, Australia’s Real Baptism of Fire, was launched in 2013 by Sir Peter Cosgrave.  A second book, Mutiny on the Western Front: 1918, was published in 2018. 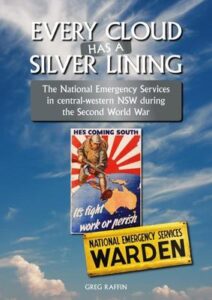 Every Cloud Has a Silver Lining

“As Greg Raffin demonstrates, the parallels between the threat which Australia faced during the Second World War and the continuing Covid-19 pandemic are striking… Greg Raffin’s book is especially welcome because too often Australia’s history becomes ‘capital city history’…. One of the strengths of ‘Every Cloud’… is that it brings out the very different characters of even the shires of the Central West… he has produced a valuable record of an unduly neglected aspect of Australia’s experience of war”. Professor Peter Stanley, UNSW Canberra.

Prior to the Second World War, the Federal government put air raid precaution legislation in place. The National Emergency Services (NES) was the body tasked with those precautions in NSW. After the Japanese submarines penetrated Sydney Harbor, the NES moved inland. This book explores the work done by the NES in central-western NSW and the long-term benefits which flowed from the work done by this voluntary civilian organization.

A Workshop on Creative Writing with Michael Davies

27 February 2023
Are you financially ready for a natural disaster? Attend one of…

There were errors with your submission. Please try again.
There are 33 spots left for this event.