Book of the Month Chat – June – Eat a Peach 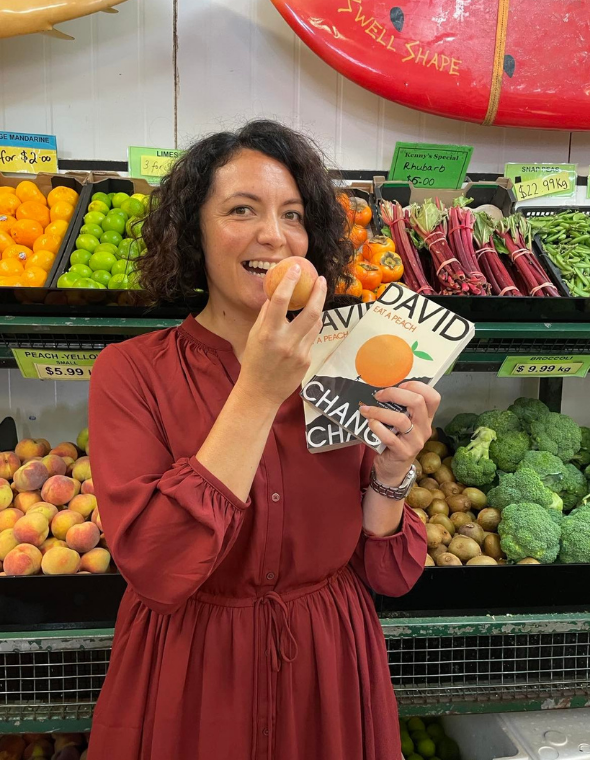 Welcome to our June  ‘Book of the Month’, with specially selected titles by your Library staff. This month our Fran has chosen Eat a Peach; A Chef’s Memoir by David Chang

Reserve your copy now (we have extras), then join in the conversation with Fran and Leanne in our Port Macquarie Library Meeting Room on Wednesday 29th June at 10.30am. 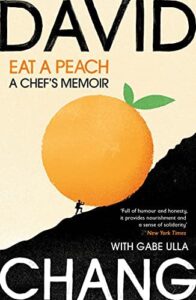 The celebrated chef behind Momofuku and star of Netflix’s Ugly Delicious gets uncomfortably real in his debut memoir.

In 2004, Momofuku Noodle Bar opened in Manhattan’s East Village. Its young chef-owner, David Chang, served ramen and pork buns to a mix of fellow restaurant cooks and confused diners whose idea of ramen was instant noodles in Styrofoam cups. It would have been impossible to know that he would become one of the most influential chefs of his generation.

Full of grace, candour, grit, and humour, Eat a Peach chronicles Chang’s journey, laying bare his mistakes and feelings of otherness and inadequacy. Along the way, Chang gives us a penetrating look at restaurant life, balancing his deep love for the kitchen with unflinching honesty about the industry’s history of brutishness and its uncertain future.

An intimate account of the making of a chef, the modern restaurant world that he helped shape, and how success can be much harder to understand than failure.

David Chang is the chef and founder of Momofuku. Since opening his first restaurant, Momofuku Noodle Bar, in 2004, he has received six James Beard Awards, and has been recognized as GQ’s Man of the Year and a Time 100 honoree. In 2018, David formed Majordomo Media. He is the host of The Dave Chang Show podcast and two Netflix original documentary series, Breakfast, Lunch, and Dinner and Ugly Delicious. His cookbook, Momofuku, is a New York Times bestseller.