In line with NSW health rules from Monday 11th Oct you must be fully vaccinated to visit our libraries. Click & collect will still be available for those who aren’t. 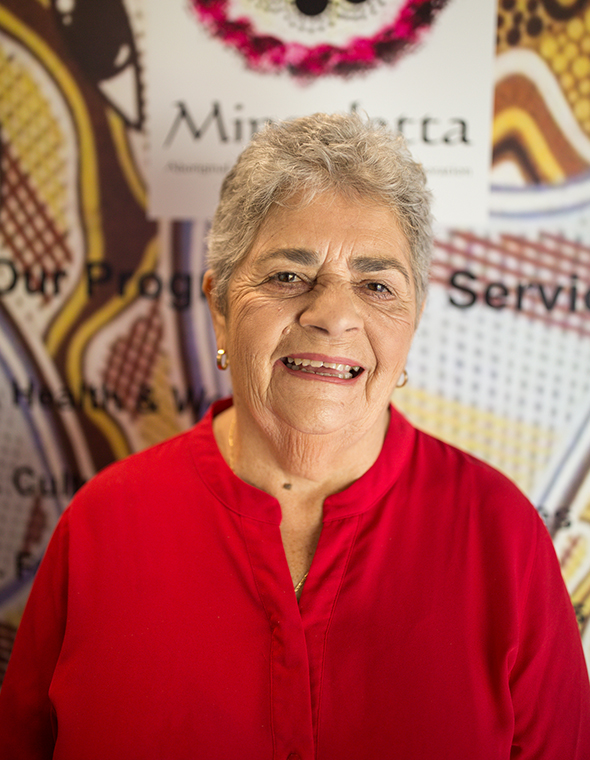 Please join us on Saturday 24th July at 2.30pm in our Port Macquarie Library for a special visit from Aunty Di O’Brien.

Dianne O’Brien (known as Aunty Di) is currently the Chairperson of Mingaletta Corporation, an Aboriginal and Torres Strait Islander community hub. In 2017, she was named ‘NSW Grandparent of the Year’. She has held many senior positions in government organisations and has also worked in legal services and as a drug and alcohol counsellor. She lives on the Central Coast of NSW, Australia.

Daughter of the River Country

From a victim of the Stolen Generations comes a remarkable memoir of abuse, survival – and ultimately hope. 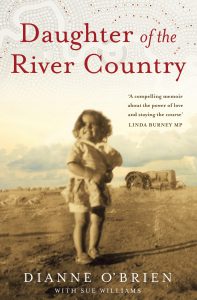 Born in country NSW in the 1940s, baby Dianne is immediately taken from her Aboriginal mother. Raised in the era of the White Australia policy, Dianne grows up believing her adoptive Irish mother, Val, is her birth mother. Val promises Dianne that one day they will take a trip and she will ‘tell her a secret’. But before they get the chance, Val tragically dies.

Abandoned by her adoptive father, Dianne is raped at the age of 15, sentenced to Parramatta Girls Home and later forced to marry her rapist in order to keep her baby. She goes on to endure horrific domestic violence at the hands of different partners, alcohol addiction and cruel betrayal by those closest to her. But amazingly her fighting spirit is not extinguished.

At the age of 36, while raising six kids on her own, Dianne learns she is Aboriginal and that her great-grandfather was William Cooper, a famous Aboriginal activist. Miraculously she finds a way to forgive her traumatic past and becomes a leader in her own right, vowing to help other stolen people just like her.

“A compelling piece of storytelling. The life story of Dianne O’Brien inspires. It is a story about the power of love and staying the course.” – Linda Burney MP

Book of the Month – October – The Paris Library – live online